The suspects, two 17-year-olds and a 16-year-old, surrendered voluntarily, according to the Shelton Police Department. The three of them allegedly attacked a 16-year-old male, with one of them striking him with a helmet outside a home on Lazy Brook Road.

All three are charged with assault in connection with a fight that took place at a different location. Police said the fight has a direct link to McGrath’s stabbing at a high school party on Laurel Glen Drive later in the same evening.

Police did not release their names but said none of them are Shelton residents.

All three are due back in court on Aug. 3.

Raul Valle, the 16-year-old accused of stabbing McGrath in the heart, was released on $2 million bond in May. 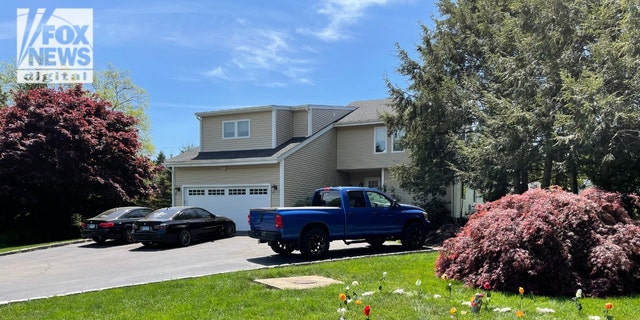 A 16-year-old murder suspect allegedly stabbed Jimmy McGrath outside this home on Laurel Glen Drive in Milford, Connecticut, where a memorial in the shape of a heart was placed outside.
(Michael Ruiz/Fox News Digital)

A May 14 house party turned violent after Valle and a group of other teens allegedly crashed the event and kicked off a fight involving as many as 25 teens, according to a police report.

Because he is over 15 and the charges include murder, in Connecticut, the case automatically transferred to adult court.

Three teens were stabbed, including McGrath, a 17-year-old from Shelton who played lacrosse at the nearby Fairfield College Preparatory School.

“Multiple witnesses reported that three to four people who were not invited to the party arrived and exited a dark colored Honda SUV,” the police report states. “Witnesses further stated that when the parties exited the vehicle a physical altercation with multiple male participants took place on the front lawn.” 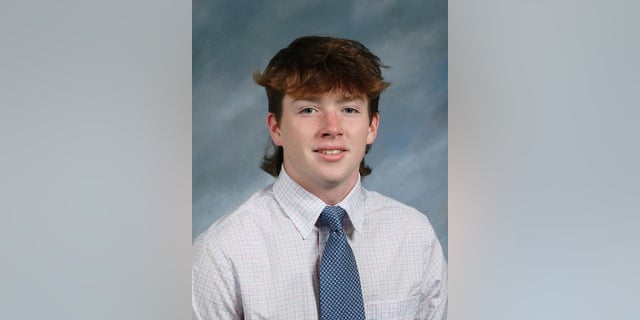 A representative from St. Joseph High School, the private school Valle attended in Trumbull, told Fox News Digital that the teen was in good academic standing and had not been in any fights at school before the May 14 incident.

“They were very friendly. The kids are polite and respectful,” Valle’s neighbor told Fox News Digital of the suspect and his family. “This is hard to believe.”

Valle faces one charge of murder and two counts of first-degree assault.

Shelton police have said additional charges could be possible as they continue to look into people involved in the fight.