Boston police responded to a report of a fallen worker in the library around 10:30 a.m. Wednesday, according to Fox 25. The worker, whose name was not released, was pronounced dead at the scene.

During a news conference, Suffolk District Attorney Kevin Hayden said the worker was about five to seven stories high when he fell to his death.

“It does, at the end of the day, appear to be a tragic accident,” Hayden said.

Library and museum director Alan Price released a statement on the “shocking and tragic” incident Wednesday offering condolences to the worker’s loved ones and “the JFK Library family.”

“We are profoundly saddened by the death of a contractor who was washing windows in our facility earlier today,” Price wrote. “Workplace safety has always been a priority in our facility.”

Price said the man was a team member for a window cleaning company, identified as Gaeta Window Cleaning & Power Washing Services by Boston news outlets, and had worked safely in the library for many years. 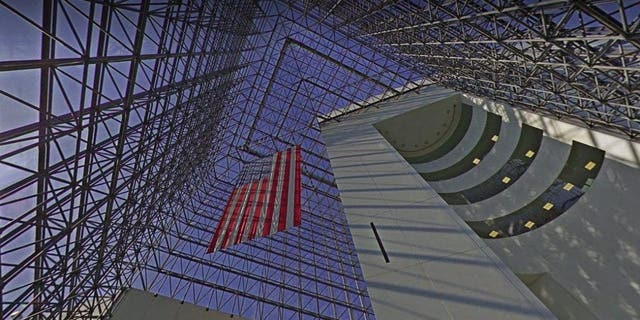 A photo of the inside of the John F. Kennedy Library and Museum shows the 115-foot-high glass pavilion overlooking Dorchester Bay.
(Google Arts & Culture via U.S. National Archives)

The company was onsite to pressure wash the building, but inclement weather caused the team to move indoors where they began cleaning the library’s interior Pavilion glass.

According to the library’s Facebook page, the pavilion is 115-feet high.

Boston police and OSHA are investigating what caused the accident. 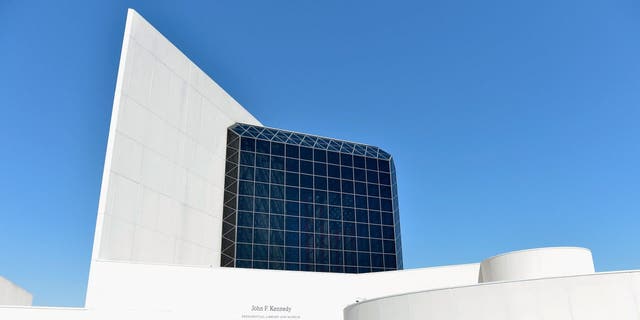 The library is set to reopen Friday after being closed since the fatal fall Wednesday.