As concerns mount that Russia may be looking to foreign allies like Belarus to provide more boots on the ground as its forces flag in Ukraine, one Belarusian commander tells Fox News Digital this strategy could mean trouble in Minsk’s ranks.

“My forecast is that it is unlikely to happen, but if it does, then there will be huge problems,” Belarusian commander in the Kastus Kalinouski Regiment, Denys Prokhorov, said speaking from Kyiv.

Prokhorov said Belarus would likely face “troop sabotage and [an] unwillingness to go to war” if Minsk forced its troops to fight with Russia in Ukraine.

Russian and Belarusian armed forces take part in a military drill in Gomel, Belarus on Feb. 19.
(Photo by Stringer/Anadolu Agency via Getty Images)

Russia and Belarus have increasingly engaged in joint military drills and the Ukrainian Armed Forces have warned that Minsk is testing its combat readiness in regions that border Ukraine.

The Belarusian commander, who recently returned to Kyiv from the front lines, is part of a volunteer Belarusian fighting force that pledged allegiance to Ukraine in March following Russia’s deadly invasion.

Prokhorov left Belarus at the age of 18 to fight with Ukrainian forces following Russia’s first incursion in 2014.

He has since been dubbed “Kyt” which means “whale” in Ukrainian and symbolizes “great power simultaneously combined with great calmness,” he explained in an interview translated by the Ukraine Frontline Media Platform.

Though the commander – who sports a handlebar-like mustache – noted with a smile that his call sign also sounds like the word “cat” in Ukrainian. 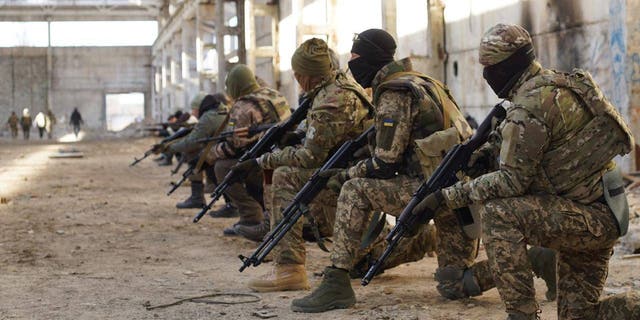 Kyt commands over 300 Belarusian soldiers who have joined the Kastus Kalinouski ranks to fight against Russia’s aggression in Ukraine and said despite increased joint military drills agreed to by Moscow and Minsk there is little appetite for war in Belarus.

“We need to understand that the regular troops of the Republic of Belarus are in no way ready to resist Ukraine,” he told Fox News Digital. “They have no motivation.

“No money will make them go to Ukraine to return back in body bags,” he added.

The commander said he believes the majority of Belarusian soldiers and civilians lack the mental preparedness to engage in war against Kyiv. 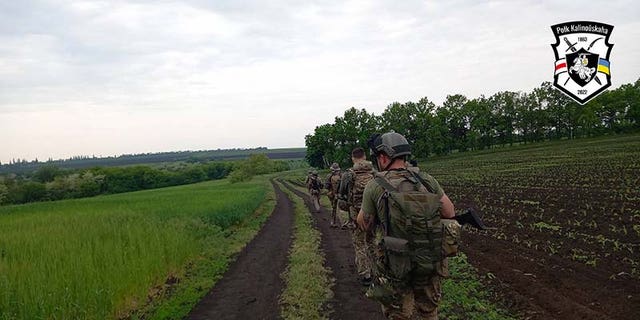 “The nation of Belarus does not support the Russian armed aggression and a full-scale invasion of Ukraine,” he said, noting that openly voicing opposition to the war in which Belarusian President Aleksandr Lukashenko has supported could lead to hefty jail times.