Belarus is testing the readiness of its troops in regions along its shared border with Ukraine, Ukrainian Armed Forces said Thursday as Kyiv secures its defenses against the threat of a second assault.

Belarus’ Ministry of Defense also said Thursday that 250 of its military personnel will take part in joint exercises in Russia, according to Belarusian media.

The announcements come one day after Ukrainian Minister of Foreign Affairs Dmytro Kuleba said Kyiv would cut ties with Minsk if it joined Russia’s war effort and invaded Ukraine.

Officials have been warning Belarus for months against becoming more directly involved in the war and concerns have mounted over how Ukraine would be able to cope with a second war front in the north.

But even if Belarus does not order an invasion into Ukraine, Kyiv faces renewed threats from Moscow as Russia threatens to take another stab at the capital city after failing to take it earlier this year. 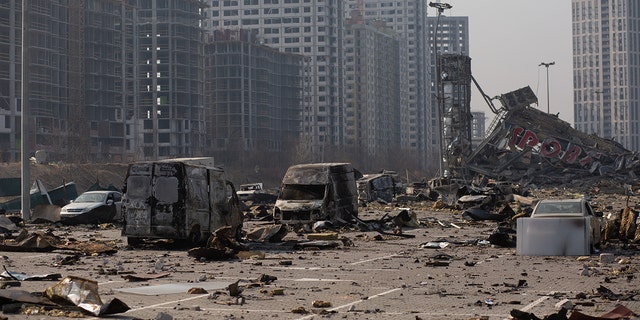 Shopping mall in Kyiv, Ukraine, was hit by a rocket on March 20, 2022.
(Anastasia Vlasova/Getty Images)

Comments made by Kremlin and Russian-backed officials, coupled with recent missile strikes on Kyiv, have prompted Ukrainian defense officials to advance their security procedures around the capital city.

“We have analyzed the previous actions of the enemy in the Kyiv direction and, learning from this experience, we have predicted our adequate actions,” Lt. Gen. Sergei Nayev said in a comment posted to Facebook. “The defensive positions are located exactly in the places where [there is the] highest chance of the onslaught of enemy forces.” 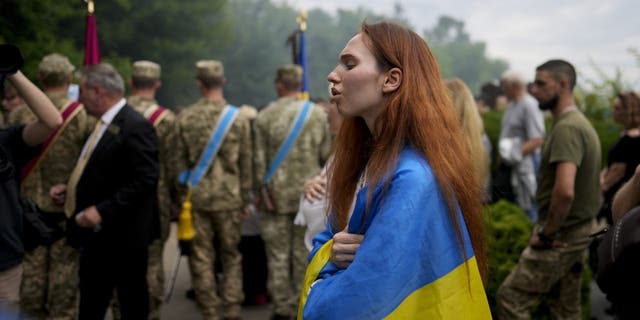 A woman wrapped in a Ukrainian flag attends the funeral of activist and soldier Roman Ratushnyi in Kyiv, Ukraine, June 18, 2022.
(AP Photo/Natacha Pisarenko)

Nayev said Ukraine’s defenses have prepared for both close and long-range attacks as Russia ramps up its missile strikes away from the front lines in the east and south.

“I am sure the enemy will not pass this direction anymore,” the lieutenant general added.