An Arizona man convicted of kidnapping and murdering an 8-year-old girl in 1984 was put to death on Wednesday, the second death row inmate that the state has executed since restarting capital punishment earlier this year.

Frank Atwood, 66, was executed by lethal injection for the murder of 8-year-old Vicki Lynne Hoskinson, who was riding her bike home in September 1984 when Atwood kidnapped her.

Her remains were found in the Tucson desert seven months later and Atwood fled to Texas, where he was arrested.

Atwood was previously convicted in California of lewd and lascivious acts and kidnapping against two different children. The Supreme Court rejected his final appeal to stop the execution shortly before he was put to death around 10:00 a.m. on Wednesday morning.

The little girl’s mother, Debbie Carlson, said at a press conference that “today marks final justice for our daughter.”

“Vicki was a vibrant little girl with an infectious laugh and a smile that would melt your heart,” Carlson said. “Her royal blue eyes reflected an old soul of wisdom, and her freckled nose was unique and we are blessed to see it in our grandchildren today.”

Debbie Carlson, mother of murdered 8-year-old Vicki Lynne Hoskinson, wipes away a tear as she speaks at a news conference after Frank Atwood was put to death by lethal injection at the Arizona state prison Wednesday, June 8, 2022, in Florence, Ariz.
(AP Photo/Ross D. Franklin)

Bud Foster, a local reporter for KOLD, said it took about 20 minutes for doctors to prepare Atwood’s execution and the death row inmate was “very calm, very relaxed through the process.” 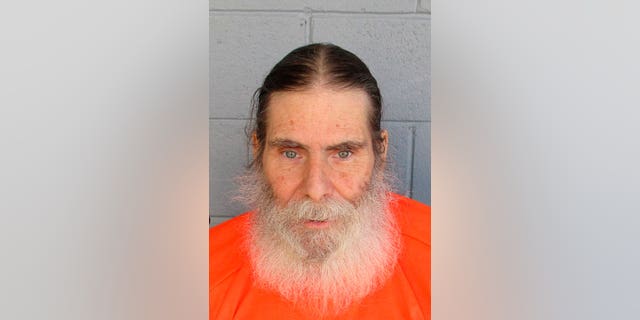 Arizona paused executions in 2014 after it took two hours and 15 doses of a two-drug combination to execute Joseph Wood, who was convicted of murdering his girlfriend and her father in 1989.

The state executed Clarence Dixon last month for the 1978 murder of an Arizona State University student.

There are about 111 death row inmates in Arizona, 22 of which have exhausted all their appeals, according to Arizona Attorney General Mark Brnovich.