A 6.8 magnitude earthquake struck western Mexico on Thursday morning, killing at least one person and damaging an unknown number of buildings.

The European Mediterranean Seismological Center (EMSC) initially reported that the earthquake hit the Michoacán region in Southwest Mexico. However, Mexico City was also impacted over 100 mile away, where the fatality was reported.

The politician said that one person died from a fall in the Colonia Doctores neighborhood of the capital. The victim allegedly hit her head while falling from the stairs of her home.

Residents stand in a street after a 6.8-magnitude earthquake in Mexico City on September 22, 2022.
(PEDRO PARDO/AFP via Getty Images)

Frightened residents in Mexico City’s Roma Sur neighborhood reportedly ran out of their buildings in pajamas and blankets as the quake alarm sounded.

The U.S. Tsunami Warning System did not issue a tsunami warning, meaning the tremors are not expected to cause a tsunami.

Thursday’s earthquake follows a more powerful magnitude 7.6 earthquake that hit Mexico City on September 19 – a day that many Mexicans feel is unlucky.

Mexico has experienced three major earthquakes on September 19 in 1985, 2017 and 2022. The coincidence is reportedly a source of anxiety for many, as the 2017 earthquake took the lives of over 200 people. 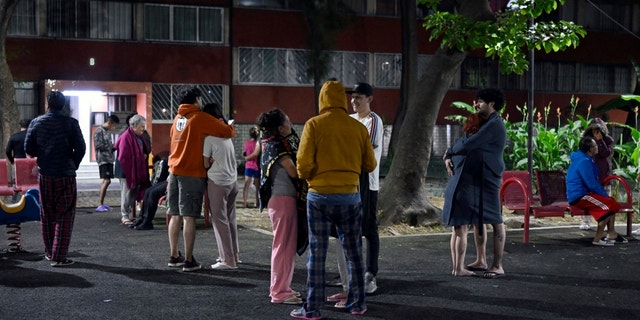 People are seen at the Tlatelolco neighborhood after a 6.8-magnitude earthquake in Mexico City on September 22, 2022.

According to the Modified Mercalli Intensity Scale – a scale that measures the intensity of earthquakes – a 6 is considered “strong” and a 7 is “very strong”.

Both magnitudes make it difficult to stand and have the potential to make plaster fall and break chimneys, according to the United States Geological Survey. 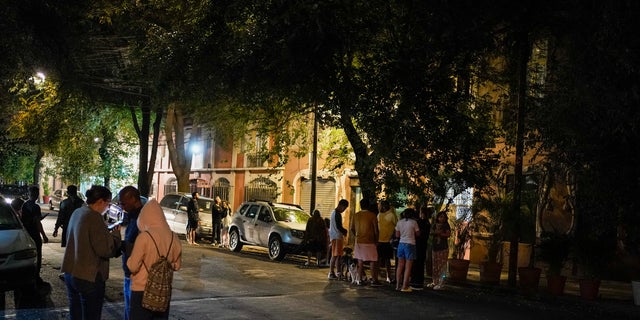 The amount of damage depends on how well-made the structures are. There is no information on how many buildings were damaged at this time.

Associated Press and Reuters contributed to this report.